Warning: "continue" targeting switch is equivalent to "break". Did you mean to use "continue 2"? in /home/public/content/themes/Extra/includes/builder/functions.php on line 5918
 The Parity Pledge Wants to Close the Corporate Gender Gap. It Won't.

The Parity Pledge Wants to Close the Corporate Gender Gap. It Won’t. 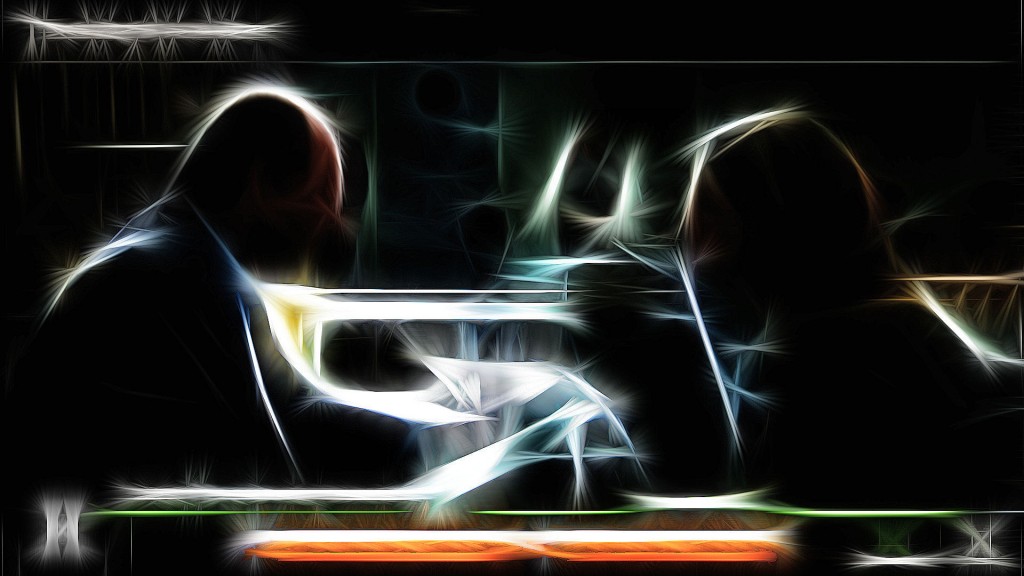 On the surface, it’s a laudable goal: work toward closing the gender gap in America’s senior corporate leadership by pledging to include at least one woman in the interview process for each open position. The Parity Pledge, created by Utah-based nonprofit Parity.org, was launched with the goal of bringing gender parity to C-Suites and Boards of Directors. Major companies have taken the Parity Pledge, including Adobe, Lyft, Best Buy, Cisco, American Express, and Nasdaq, all signing up under Parity.org’s clarion call for “Equal Representation. Now.”

But instead of equal representation, the research around gender inequality in the workplace shows that the Parity Pledge is likely to be an empty gesture at best, and at worst, actively counterproductive to gender parity efforts.

Every now and then, a chart re-emerges on the viral social circuit; it is a chart showing the number of S&P 500 CEOs named John, David, Robert, and James. The most striking part of the chart, however, is that CEOs named John or David each outnumber all of the female CEOs of Fortune 500 companies.

There is no shortage of qualified women who could lead in these positions, but women advancing up the career ladder are hitting a glass ceiling when they reach senior leadership positions. Only 20% of C-Suite executives (CEO, COO, CFO, etc) are women, and only 21.2% of corporate board seats are filled by women. These numbers become a self-fulfilling prophecy: talented women don’t want to work for companies where they will feel isolated or where there are no opportunities to advance, and it becomes difficult to recruit female talent at all levels of the company.

However, promoting women creates a virtuous cycle: mentorship and support programs that may not have seemed necessary to an all-male team become important for helping young women advance in their careers, and more women in top positions mean talented people from diverse backgrounds are easier to recruit and retain.

In addition, research has found that “companies with a strong track record of gender diversity are 15% more likely to have higher earnings than their peers. In fact, among all Fortune 500 companies, the ones with the highest representation of women on their boards significantly outperform the others.”

Despite international backing for improving corporate gender diversity from the United Nations Sustainable Development Goals, the G20, and the World Economic Forum, a 2015 study of women in the workplace found that although 74% of companies said their CEO was on board with prioritizing gender diversity, less than 50% of employees felt the same way, and only 30% viewed gender diversity as a top priority for their direct managers. Furthermore, the issue of the “old boys club” still exists: men stick to networks with their male counterparts, and since they hold the majority of senior leadership positions, women have less access to those who can advocate for them or sponsor them into career advancements.

Why Not the Parity Pledge?

The Parity Pledge had its breakout moment on the main stage of the 2018 Silicon Slopes Summit, where Catherine Stickney, founder of Parity.org, discussed the Parity Pledge in front of an enthusiastic and welcoming audience. Stickney announced that at least 40 Utah companies had signed up for the Parity Pledge, including Vivint, Pluralsight, Domo, and Qualtrics; many more signed up from the floor of the summit itself.

But shortly after the summit, The Salt Lake Tribune published a feature on a Utah biotech company, BioFire, that boasts gender parity in its senior leadership but refused to sign the Parity Pledge, citing the unnecessarily low expectations of the Pledge. Stickney had promoted these low expectations–“no quotas, just trust that we’ll do it” was apparently a requirement from DOMO CEO Josh James–as a feature of the program.

Stickney cited as her model the NFL’s Rooney Rule, but Parity.org provided no further information or research to support why this program would actually be effective in reducing gender imbalances.

Concerned that this might end up becoming another example of pink-washing marketing campaign, I reached out to Siri Uotila at the Harvard Kennedy School’s Women and Public Policy Program. Uotila’s research is into what works to close gender gaps, and to generate evidence-based approaches for advancing gender equality. Unfortunately, she didn’t see much evidence for the Parity Pledge’s approach.

“While I applaud any efforts to close gender gaps in corporate leadership, I am concerned that the Parity Pledge may not be effective in bringing more women into the top levels of business leadership,” Uotila wrote to me in an email. “Research suggests that merely including one woman in the finalist pool does not translate into more women hired for these positions.”

In order for a company to keep to the terms of the Parity Pledge initiative, they need to bring in at least one woman to interview for each open position. But what often happens in the interview process set up by this is not multiple women being interviewed, but only one woman, because of a mindset of “we just need a woman here” to be in compliance.

When only one woman is in the interview pool, according to Uotila, “the one female candidate attracts disproportionate attention and risks being viewed as a token.” Being the only woman is not necessarily an advantage; instead, standing out like this can highlight differences in a way that “undermines her perceived credibility and competence.”

“Besides gender biases, our brains fall prey to several other cognitive biases that have been well-researched and well-documented,” said Uotila. “One such bias is the status quo bias, which causes us to favor the current state of events–the status quo–over change. Since the current status quo in corporate leadership is white men, our unconscious inclination is to continue to populate corporate leadership with more white men, even if there are other candidates available.”

She shared some powerful data to demonstrate how the status quo bias affects organizational hiring decisions. “A recent study by Stefanie Johnson, David Hekman and Elsa Chan,” Uotila wrote, “showed that people preferred to hire the traditional, status quo candidate–men for stereotypically male jobs such as professor and women for stereotypically female jobs such as nurse manager–when only one of three finalists was counter-stereotypical. So in a finalist pool of two men and one woman for a traditionally male job, selectors preferred the male candidates. The authors saw the same effect in real life when examining a university’s hiring decisions for academic positions. When there was only one female candidate in a pool of four finalists, their odds of being hired were statistically zero.”

Regardless of the size of the finalist pool, “women were only seriously considered when there were two or more of them.”

All of this research would point to the Parity Pledge, in its current form, likely being an ineffective effort at ending gender disparities. But there was another possible effect that Uotila was concerned would prove actively counterproductive to getting more women hired into senior positions. “Social norms come into play” in the organizational diversity discussion, she said. “As humans and organizations, we want to fit in and do what we think others will perceive as appropriate and effective.”

“My concern with this,” she continued, “is that if we set the social norm at simply considering one woman for a senior position, then that is all companies will feel like they need to do to fit in and do the right thing–even though what we really care about is the number of women that get hired into these positions.”

Corporate initiatives like the Parity Pledge rely on social pressure to get more companies to sign up and support, but these same dynamics may result in the Parity Pledge creating a social norm of including only one woman in an interview pool, which research has shown results in fewer women getting hired.

How to Fix This

This result is obviously not the intent of Parity.org. So how can the Parity Pledge be improved? Uotila had three suggestions.

First, if the intention of the Parity Pledge is to provide a system shock–by bringing conversations around diversity to the forefront, similar to highly publicized initiatives like the Rooney Rule–then there is evidence that jolting organizations like this can change behavior. “When people know that their decisions are being watched,” she said, “they tend to behave more ethically and inclusively.”

However, for this to work, there needs to be some element of accountability or reporting. One solution would be for Parity.org to gather data from their member companies and compile it into an anonymized annual report, with data available to researchers.

Second, for any initiative to cause real behavior change, there must be measurable goals, targets, and timelines. “Everything we know from behavioral research suggests that [these] are actually very effective in changing behavior; however, the Parity Pledge explicitly eschews these,” Uotila explained. “My concern is if the bar is set too low, or if there is no specific bar, organizations will relax their efforts around gender diversity.”

Finally, the Parity Pledge should examine its effect on social norms around hiring women for senior positions. If they raised their goal from one to two women in the final pool of candidates, “this may give women a fighting chance [for] being selected rather than merely considered,” said Uotila. Or, another approach would be to “frame the social norms around outcomes rather than process.” Instead of emphasizing the interview as the point for critical change, shift the focus to who is actually hired to senior positions and gender ratios in these organizations.

Ultimately, we shouldn’t congratulate companies that sign on to the Parity Pledge; we should hold them accountable to results, and save our acclaim for those who create quantifiable change.