Warning: "continue" targeting switch is equivalent to "break". Did you mean to use "continue 2"? in /home/public/content/themes/Extra/includes/builder/functions.php on line 5918
 It’s Time for a New Model of Business: Introducing the Ascendant Economy

It’s Time for a New Model of Doing Business: Introducing the Ascendant Economy 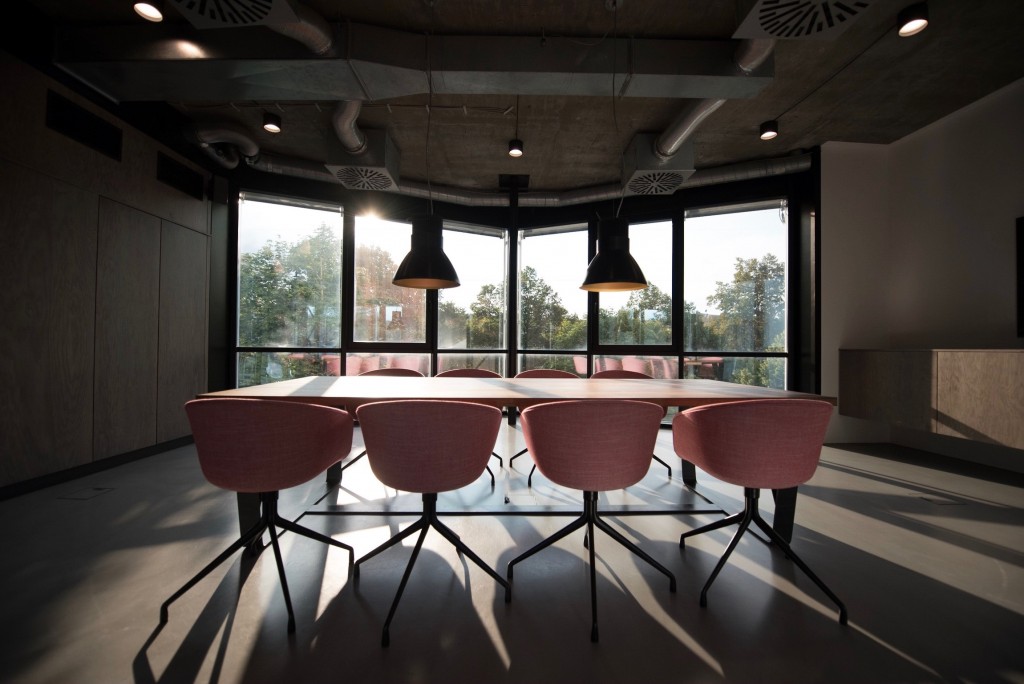 “I am so tired of begging and shaming men into doing the right thing.”

Tracy Gray is a venture capitalist who recently started her own fund dedicated to investing in women and minorities. We met a few months ago to talk about the challenges women face when trying to access capital, and when I asked what inspired her to start her own fund, Tracy said that she had worked in venture since 1999 and, in nearly two decades, not one damn thing had changed about the way in which women were funded, treated, or represented in the space, both on the entrepreneur side and on the investor side. And since the strategy of trying to change men hadn’t work, she decided that she was going to do it her own way—and start her own fund.

She’s not wrong. Almost nothing has changed in venture in the past two decades. In fact, recently, the statistics have gotten worse. Only 8% of venture capitalists are women and only 2.19% of venture dollars are invested in female-led companies, which represents a decrease from a high of 3.34% in 2014. Although Black women make up the fastest-growing segment of entrepreneurs, companies led by Black female founders made up only 0.2% of venture deals between 2012 and 2014.

In the larger business landscape, the outlook is slightly better. At Fortune 500 companies, 5.4% of CEOs are now women, compared to just 0.4% in 1999. But even so, at the current rate of change, it will be 2085 before women reach parity with men in leadership roles in the United States. Which is 67 years from now.

Unless I give up my obsession with Tram Club buffalo cheese fries, I’ll almost definitely be dead by then.

And it’s not just representation in the C-Suite. We still struggle to create workplaces in which women feel comfortable, valued, and safe. While 2017 may have represented the start of a pendulum shift in workplace culture, it also underscored just how far we have to go in order to be fully rid of the Weinsteins, Kalanicks, and Caldbecks of the world…and the culture of shame, silence, and fear that allowed these men, and the generations before them, to get away with it for so long.

Our cultural tolerance for the snail’s pace at which women have been making progress is not just unfair and infuriating, it’s bad for business. According to Judith Warner at the Center for American Progress, a body of research has emerged “to lend incontrovertible proof to the idea that when women thrive, organizations thrive—and nations thrive too. From that research, there is now a consensual view that women’s leadership is not just a matter of fairness, but also has the potential to move companies, governments, and societies in new and better directions.”

This research shows that, among other things, when women are in leadership positions, funds have better exits, returns are greater for company shareholders, and corporations are more charitable.

When I brought all this data together, what Tracy had said really hit me: Why don’t we just do it ourselves?

Shortly after our conversation, I discovered the book Impact with Wings. For women interested in becoming angel investors, or for anyone searching for ideas about how to bring more women to the table as investors, it’s a valuable how-to guide written by a group of women who all went through the Pipeline Angels training program together. And, interestingly, one of the themes that emerged throughout the book echoed what Tracy had emphasized during our discussion. As Geri Stengel, a contributor to the book, successful entrepreneur and fierce advocate for women, wrote in the very first chapter, “Women don’t need to become more like men or to follow the established rules. We have the money, the smarts, and the wealth to build high-growth, innovative businesses—and to make our own rules as part of a new entrepreneurial ecosystem.”

“A new entrepreneurial ecosystem”. Reading that gave me goosebumps. What Geri and the other authors described in the book gave color and dimension to a concept that had been floating around in my head ever since my conversation with Tracy, which I had begun to think of as “the Ascendant Economy.” The Ascendant Economy represents an opportunity to rise above, to make fundamental changes and improvements to the existing economic structure; then, it grows alongside the current structure until the point at which the extant economy begins to resemble the new one and the two become indistinguishable.

We are spending so much energy trying to change systems designed by and for straight white male entrepreneurs, trying to make these economic structures work for women, LGBTQ, and people of color. It’s an exhausting cycle, where for every two steps forward, we take one step back. It’s time to create a new model, where nontraditional investors and entrepreneurs build companies that are based on their diverse perspectives, values, and needs.

What if, like Tracy, we started our own investment firms? And what if those firms invested in companies that reflected the ethos and worldviews of women and people of color and other underrepresented populations, instead of only the status quo?

What if businesses were built with a more equitable, diverse, and inclusive culture baked in from the beginning, rather than trying to reverse-engineer it into companies that have fought the tides of change for decades?

What if values like collaboration, community, and compassion were actually part of how business was done and relationships were built, and not just a slogan painted on a break room wall, behind the ping-pong table?

As Suzanne Andrews says in Impact with Wings, “We have an opportunity to recreate business practices and thus create a professional work culture that integrates values important to women and allows women to maximize the impact of all their talents.”

Imagine: in a company built in the Ascendant Economy, a woman who applies for the top position will never be asked “but don’t you want kids someday?” as if being a CEO and a mother are mutually exclusive. A female CEO will never be mistaken for a secretary because she takes notes during a meeting. A new mom trying to readjust after maternity leave won’t have to run herself ragged in the pursuit of “having it all.” And a woman of color just starting her career will never stare down the all-male, all-white C-Suite and wonder just how far up the ladder she can actually go.

In this particular branch of the new model, women investors will invest in women-run startups, which then go on to become multi-million and billion-dollar companies that employ, nurture, and empower women leaders, all without asking us to adapt our values, our family structures, or our leadership approaches.

Quick sidebar: It’s important to note that the premise of the Ascendant Economy is not “anti-men.” Rather, it’s an opportunity to level the playing field by creating a new one which exists alongside, and works in conjunction and collaboration with, the prevailing one. The idea is not to build businesses that are all female; the idea is to build businesses that are equitable from the ground up. The hypothesis of this new, more expansive economy is simply that one way to create these companies is by changing the mix of people who traditionally start, invest in, and build businesses.

Think of it as a way to get a fresh start; a way to sow the seeds of a new generation of businesses, not by burning the existing ones down to find fertile land for new ones to grow, but by providing an entirely different type of soil. It’s creation, but not via destruction.

The concept of the Ascendant Economy may seem overly idealistic, but it’s not as far out of reach as one might think: in the U.S. alone, women already control $14 trillion in assets, which amounts to 60% of all personal wealth. And that number is expected to rise by 63% to $22 trillion in 2020, which isn’t surprising when you consider the fact that the number of wealthy women is growing twice as fast as the number of wealthy men.

So perhaps the first step to take toward creating this new model is to focus on changing how we as women think about and wield our wealth. It’s time for more women to take a seat on the investor’s side of the table.

According to a recent survey that I conducted among wealth managers who work primarily with female clients, women are traditionally less familiar with how best to invest their assets and, typically, don’t approach wealth management until they have to. As one investment advisor told me, “I can’t tell you how many clients I have had who lost their husbands and they know nothing about how the family’s wealth is, or should be, managed.”

This is not because women are incapable of managing wealth. Quite the opposite. But I do believe that we now have an opportunity, and even an obligation, to better educate ourselves about how we can begin to drive where and in whom wealth is invested in the U.S. and beyond. Because when more women are making investment decisions, more capital will flow to female-led startups and boom: The Ascendant Economy is born.

So let’s figure out how to wield this wealth, together. With our sisters, our mothers, our daughters and our friends. There are phenomenal resources already available that provide women the basic building blocks of how to invest and provide access to education, tools, and community. Among them: Pipeline Angels; 37 Angels; Wingpact; and so many more.

I don’t know about you, but I’m ready to invest: invest in women, invest in our future, and invest in this idea of the Ascendant Economy. Because if we don’t build the future that we want, who will?

Rose Maizner is a partner at RenewableTech Ventures and co-founder of Womenpreneurs, a Utah-based collective building the next generation of bold female leadership. The conversation about the Ascendant Economy continues on the Womenpreneurs’ Facebook and Instagram pages.