Warning: "continue" targeting switch is equivalent to "break". Did you mean to use "continue 2"? in /home/public/content/themes/Extra/includes/builder/functions.php on line 5918
 Book Review: "Automating Inequality" by Virginia Eubanks 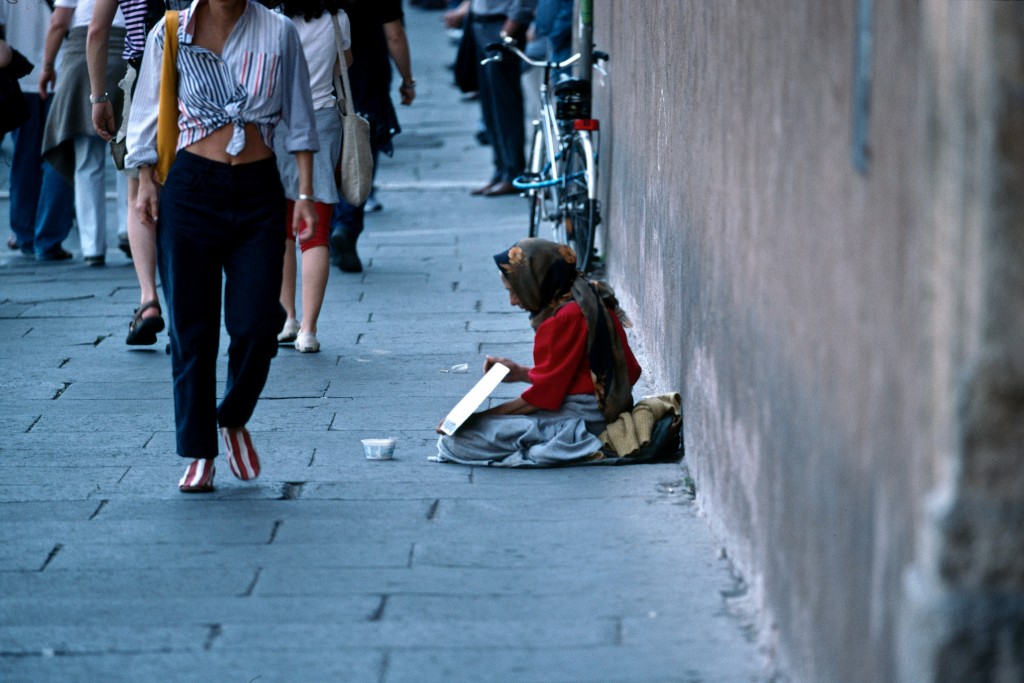 The United States’ relationship with poverty has been described by sociologist Stanley Cohen as “cultural denial.”

More than half of Americans (51%) will spend at least one year of their adult lives below the poverty line, but as a society, we “pretend that poverty is a puzzling aberration that happens to only a tiny minority of pathological people.”

Just like we look away from or avoid the homeless we pass by on the street, our public policy, institutions, and even urban design are shaped by attempts to hide poverty, to treat it as an aberration or choice made by the undeserving, and to reinforce a cultural narrative that those who access public services are undeserving of human rights.

In Automating Inequality: How High Tech Tools Profile, Police, and Punish the Poor, author Virginia Eubanks traces the connections between the physical poorhouses that existed for nearly the entire history of the United States, and tools for digital poverty management that–no matter how well-meaning–are often in the hands of private companies that cannot be held accountable for surveillance, mismanagement of data, or predictive algorithms in which an error can mean life or death.

“Automated decision-making systems shatter the social safety net, criminalize the poor, intensify discrimination, and compromise our deepest national values,” Eubanks writes. “Digital tracking and automated decision-making hide poverty from the middle-class public and give the nation the ethical distance it needs to make inhuman choices… We manage the poor so that we do not have to eradicate poverty.”

Eubanks zeroes in on three programs in her book: Indiana’s welfare system; Los Angeles’ homeless system; and Allegheny County’s (Pennsylvania) child protection system. What she found is that “vast complexes of social service, law enforcement, and neighborhood surveillance technology… are being integrated into human and social services across the country at a breathtaking pace, with little or no potential discussion about their impacts.” Much like Facebook never considered the political impacts of fake news and propaganda on its platform until it had swung an American election and sparked genocides, the public officials and private companies that coordinate to create these tools rarely think through the consequences of ethical implications of algorithmic sorting.

With no “right to be forgotten” in the United States, our data define us forever. What Eubanks found was the poor were consistently expected to give up their privacy in exchange for benefits; when the alternative option is a child going hungry or going without life-saving medical care without access to benefits, the poor really don’t have a meaningful choice to exercise their rights at all. So they become trapped in a system that denies them chances to start over or to move freely, or forces them to spend their little free time fighting decisions made by a so-called “neutral” algorithm.

Rather than technology “disruption” breaking down human biases, these technology advances are amplifying them and worsening economic inequality.

This examination of how data mining and predictive models interact with public policy around poverty is timely: as automation threatens to replace humans in a massive range of entry-level and middle-class jobs, are we prepared for the impact these algorithmic models will have on those who find their jobs given to robots? Is a universal basic income the answer, or would it become another vehicle for data mining and surveillance? And if those current digital poverty management tools are, as Eubanks argues, part of a middle-class backlash against attempts by the poor to organize and advocate politically for their rights, can we manage to have a national discussion about an automated future that does not further marginalize and criminalize poverty?

Virginia Eubanks’ Automating Inequality comes at a moment when the national awareness of our data and the ethical uses of it is at a recent high. For policy-makers and data scientists alike, this book is a critical addition to understanding the ethical boundaries we must navigate in a new data-driven world.

Eubanks will be donating 50% of the royalties from her book to the Juvenile Court Project of Pittsburgh, Indiana Legal Services of Indianapolis, and the Los Angeles Community Action Network (LA CAN).