The article is part of WhiteHat Magazine’s winter 2017 edition, “Welcome to the Code War”. Support our journalism—subscribe today!

The Seductive, Disorienting Power of Propaganda (and How to Fight Back Against Fake News) 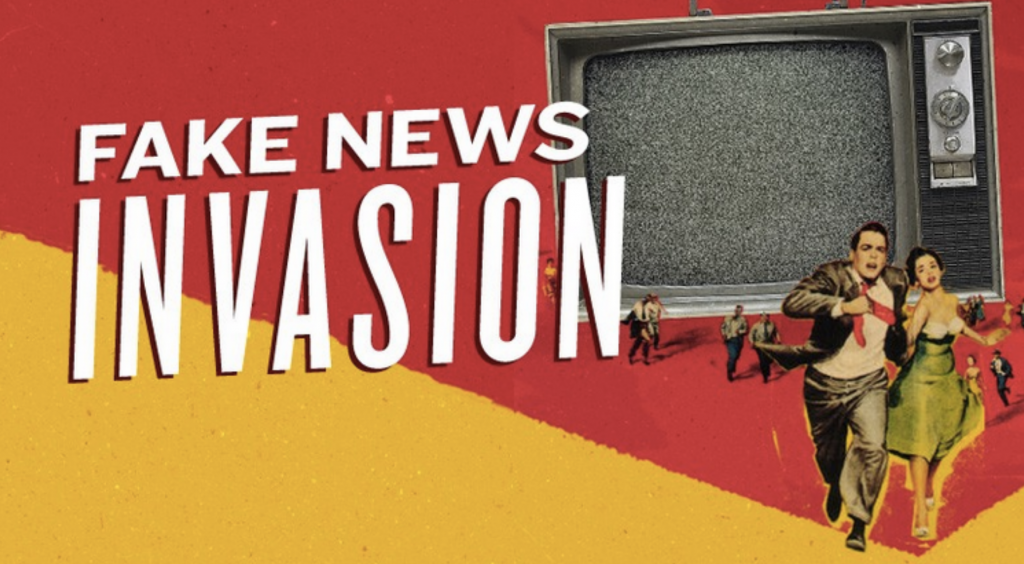 Sometime after the election, a friend added me to a secret Facebook group. No, it wasn’t Pantsuit Nation – it was one the several groups that had been created by Trump supporters. This particular group, named THE TRUMP TRAiN, was an explosion of anger, disgust, and fear, even when posts were celebratory.

There were no “mainstream media” sources here – in fact, those sources were routinely mocked. Megyn Kelly, Shepard Smith, Don Lemon, and Rachel Maddow were all mocked by members of this Facebook group with equal aggression. Members shared articles from websites with URLs such as “ustimeless.com”, “usapoliticszone.com”, “usahealthylife.com”, “usanewsmagazine.com”, or “usinfonews.com”. I was seeing a pattern already.

Headlines screamed outrage at me: “Tiffany Trump Just Put Malia Obama to SHAME”; “Obamas’ Last White House Party is A Slap at Trump in The Most CLASSLESS Way Possible”; “SEAN HANNITY Just Released This DEVASTATING 4 MIN VIDEO OF OBAMA SHOWING EXACTLY WHO HE REALLY IS … SEE IF BEFORE IT’S CENSORED, AGAIN” [sic, all, obviously]. Something had always just happened, or was “breaking news; the revelations were always devastating or shameful to political enemies, which the headlines made sure you knew because it was written in all caps. When I clicked on the article, wondering what this crazy world of information that had not previously pierced my social media bubble had to offer, I was disappointed. What was “reported” in these articles was conjecture and easily proven false, or took rather innocuous information and hyped it up with emotionally laden adjectives and dog whistles.

This was not far off from what I observed from liberal groups on Facebook during the primaries, when I found myself spending hours arguing facts against overhyped, fact-free outrage.

Surely, I thought, it was easy to understand what is terrible vs. what is reliable information. All it takes is some time and research to find out whether something is quality, right? What I found is that the world of fake news is seductive, shadowy, and more difficult to address than I expected.

Initially, I visited these sites with AdBlock on, concerned about malware from unfamiliar sites. But these sites seemed to have no other source of income, which made me wonder how many ads were hosted on them.

The answer: A LOT. Several sites had full-page ads that loaded before I could even see the article – and I don’t mean quality ads sold by an in-house sales team. These were things like Tabboula spam articles and Google ads promising “get rich quick” or weight loss schemes, or even more “breaking news”. Almost all of the ads were at or near the top of the page, I suspect because most people do not read articles to the end. Putting ads at the top means getting that money from people who only read the headline and the first few paragraphs.

Then I tried to find out who some of the people were behind these articles and websites. First, I started with the article authors themselves. Many of the articles I came across had no author, or authors with strange names and no biographies on the site. In fact, it was difficult to find any name associated with the websites at all. Several sites had options for multiple article categories along the top, but no “About Us” section. This in itself isn’t too uncommon – sometimes it is difficult to fit all that at the top of the site. Where that information should definitely be, however, is in the website’s footer.

One difficult part about this fake news trend is the poor light it throws on everyone. Smaller websites and startup news organizations (like WhiteHat Magazine) that people haven’t heard of before fall under suspicion, lumped in with sketchy sites that are in reality ad-based content mills. But one thing any legitimate news site will have is a website footer that includes – at minimum – a privacy policy, as well as information about the company and who works for it. Even better, one of those pages should have an email you can contact for more information or a real person you can look up and contact.


If the website doesn’t – and many of the sites shared in these politically charged groups don’t – the site is likely using clickbait tactics to draw in readers, who then become the primary source of income through ad networks. One website I came across (“usahealthylife.com”) posted about health scams for a while, then sometime in 2016 began posting political news designed to stoke outrage on both sides of the aisle. One such article on this site was clearly an attempt at going viral with the headline, “DONALD TRUMP: I Will LEGALIZE MARIJUANA in All 50 States!!!” [sic] (Trump has never promised to do this.) The articles had no named authors (only “admin”), and the very short privacy policy had no contact information. From the site, you could not tell who runs it or what their agenda was for anything they wrote.

Of course, agendas are where this process gets tricky. Sites like The Onion, Clickhole, and The Borowitz Report are unabashedly fake, but their agenda is satire, an important part of political discourse dating back centuries. That doesn’t mean people realize it is fake though. Even China’s state media fell for a story declaring North Korean leader Kim Jong Un the “sexiest man alive for 2012”.

But this becomes far more pernicious when websites set up with overt political agendas. This trend is not new to the internet: it was seen in conservative talk radio hosts such as Rush Limbaugh in the pre-internet days (and still today), and continues back to the period of “yellow journalism,” when William Randolph Hearst and Joseph Pulitzer led the United States into the Spanish American War with fake news, sensationalist headlines, and falsely blaming the sinking of the USS Maine on the Spanish. Even the Founding Fathers engaged in this, whipping up unfounded fears of foreign troops and murderous Indians to bolster recruitment efforts.

This sort of fake news is more properly referred to as propaganda – and breaking its grip is incredibly difficult. Many of these propaganda sites mix legitimate, if highly partisan, content with demonstrably false and conspiratorial information. It plays on people’s emotions, especially fear, to paint a world with terrors around every corner. Propagandized content is especially effective at breaking down bonds of trust that hold our social compact together. Suddenly, in this world of propaganda, you can no longer trust government officials, “mainstream media”, community organizations and non-profits. Even your neighbors – if he or she holds “liberal” or “neoliberal” ideas – is evil, corrupt, out to destroy the society you hold dear in an effort to enrich themselves. The only thing that can be trusted is the source of the propaganda and those it endorses. All others must be demonized, and stopped at all costs.

Most of the articles I started seeing in this Facebook group appeared at first to be clickbait ad-driven sites. Some even posted links that appeared to have been written only for a headline that would provoke a reaction similar to Trump’s use of “call and response” at his rallies. But then I noticed something else. Multiple profiles would share an article within hours of each other, using exactly the same wording in each post. Others would post articles from strange websites, merely copying the title into their statuses. These articles were always politically inflammatory, designed to solidify a reader’s emotional attachment to the Trump family and harden hatred of his political enemies. They sowed distrust of outside media outlets, leaving several commenters to state that they were being lied to by mainstream media outlets (a common refrain among leftist opposition to Clinton’s candidacy in the 2016 campaigns as well).

Then these profiles started sharing articles stating, in the same hyperbolic manner, that the Russians definitely had nothing to do with the leaks during the campaign. So I began looking at these profiles a little more closely. Almost all of them were blank except for a profile photo; the accounts had no friends or connections, and the only activity was updating a profile photo. If there was information in the account, it showed what Facebook groups the account had joined – where I found extensive lists of the most active pro-Trump groups on Facebook. One account, in existence since 2010 and updated exclusively in Russian, had joined hundreds of pro-Trump and pro-Bernie groups.

After digging through all this, my head was spinning. I knew and could prove the information in the articles I had read were false or twisted for partisan, histrionic purposes. I knew the sites were sketchy; I knew the accounts sharing them were likely sock puppets.

But I still found myself coming out of these groups disoriented – unsure of what or whom to trust. And this is the true power of propaganda and why its spread is so pernicious: I had been subjected to gaslighting. These articles are emotionally manipulative and designed to make the reader distrust what they thought they could trust previously, while simultaneously confirming their worst fears and setting it up so a reader trusts no other sources of news or dialogue.

Imagine a world where this fills up your news feed all day long. It wouldn’t take long before even the most rational and level-headed among us begin to have that trust eroded away. And political forces around the world are realizing the power of this propaganda, as influence campaigns are upending (or attempting to) politics in Germany, France, Sweden, and South Africa.

How can you identify if what you are reading is legitimate news?