Leveraging Blockchain Technologies to Improve Lives in the Developing World

Bitcoin, cryptocurrencies, and Initial Coin Offerings (ICOs) are having a moment–and not necessarily a good one. The trendiness of new cryptocurrency innovations from the more libertarian parts of Silicon Valley has brought skepticism from the rest of the world, fueled a building tech backlash, and even sparked scrutiny from the Securities and Exchange Commission.

But a few people are looking beyond the average conversation about cryptocurrencies to the technology that they are based on–blockchain–and applying it to break down barriers in the developing world.

First, let’s back up: what is blockchain anyway? Think back to your checkbook in the pre-internet era. Balancing your checkbook required recording every transaction you made to see where your money went. Today, we perform the same action by studying an individual bank statement online.

Blockchain is the main technology innovation from the cryptocurrency Bitcoin. The key benefits of a cryptocurrency such as Bitcoin is that it is completely digital, accessible by anyone with internet access anywhere in the world, and completely decentralized. There is no central organization to manage or manipulate the currency–just pure market forces. There is also no need for a third party processor to transfer or store money. This decentralization is provided by the blockchain, a distributed ledger that uses cryptography to verify and record transactions in a transparent and efficient way. Each transaction is recorded as a new “block” on the blockchain, allowing anyone to trace the value and journey of a single unit back to its creation. The cryptography involved means that while the data is public, it cannot be changed.

Imagine if your bank statement were made public, for anyone to access and verify. Now imagine if you could track the journey of a specific dollar bill one it left your pocket.

This radical transparency, along with benefits such as cutting out the third party payment processors, has caught the attention of nonprofits working in international development. The BitGive Foundation was launched on the premise that the cryptocurrency community was passionate about the potential for digital currencies to create real change for developing areas. In one of its first charitable projects, The BitGive Foundation partnered with The Water Project to raise funds for building wells in sub-Saharan Africa. The benefits to the nonprofit are significant: the cost of processing smaller transactions (usually quite a large expense for nonprofits) drops to nearly nothing; security increases, as the risk of funds being stolen or skimmed by corrupt handlers is reduced; and larger grants are more doable when you can easily track how the money is being spent on a public ledger.

“A lot of funding donated in fiat currencies is significantly diminished through government processes and oversight, transaction fees, and corruption,” said Connie Gallippi, founder and Executive Director of The BitGive Foundation in an interview with Bitscan. “The reduction in fees and corruption via direct transactions means more funding is actually going to the intended cause.”

With blockchain now being applied to physical objects, researchers at IBM are leveraging this technology in an attempt to solve one of the biggest challenges to public health in the developing world: counterfeit devices and medicines.

Diagnosing diseases such as malaria and Dengue fever usually involves a small, plastic device similar to a classic pregnancy test. Easy to manufacture and use, these devices play a major role in global health and frontline health treatment. However, these devices are also easy to counterfeit, and security features such as product numbers or barcodes do not prevent counterfeiters from targeting these devices. Counterfeiting can mean peeling a label off an HIV test and placing it on a cheaper malaria test, falsifying expiration dates, or replacing real medicines with sugar pills made to look similar. And the developing world is not the only area affected by this–anyone with a diabetic relative in the United States will have heard the warnings to look out for fake insulin test strips.

At IBM’s research lab in Zürich, Dr. Emmanuel Delamarche believes that the key to preventing this sort of medical fraud is through “crypto anchors” connected to the blockchain. In each device, a tiny but ultra-complex optical security pattern is inserted on to the test strip using microfluidics. This pattern can be scanned with a mobile device, much like a QR code would be, but this pattern connects the end user to a blockchain ledger, allowing verification of the device’s authenticity or expiration date. From the original manufacturer to the patient, products can be traced at every step of the way. When the device is used to perform a test, the code is simply washed away, with no effect on the test results. 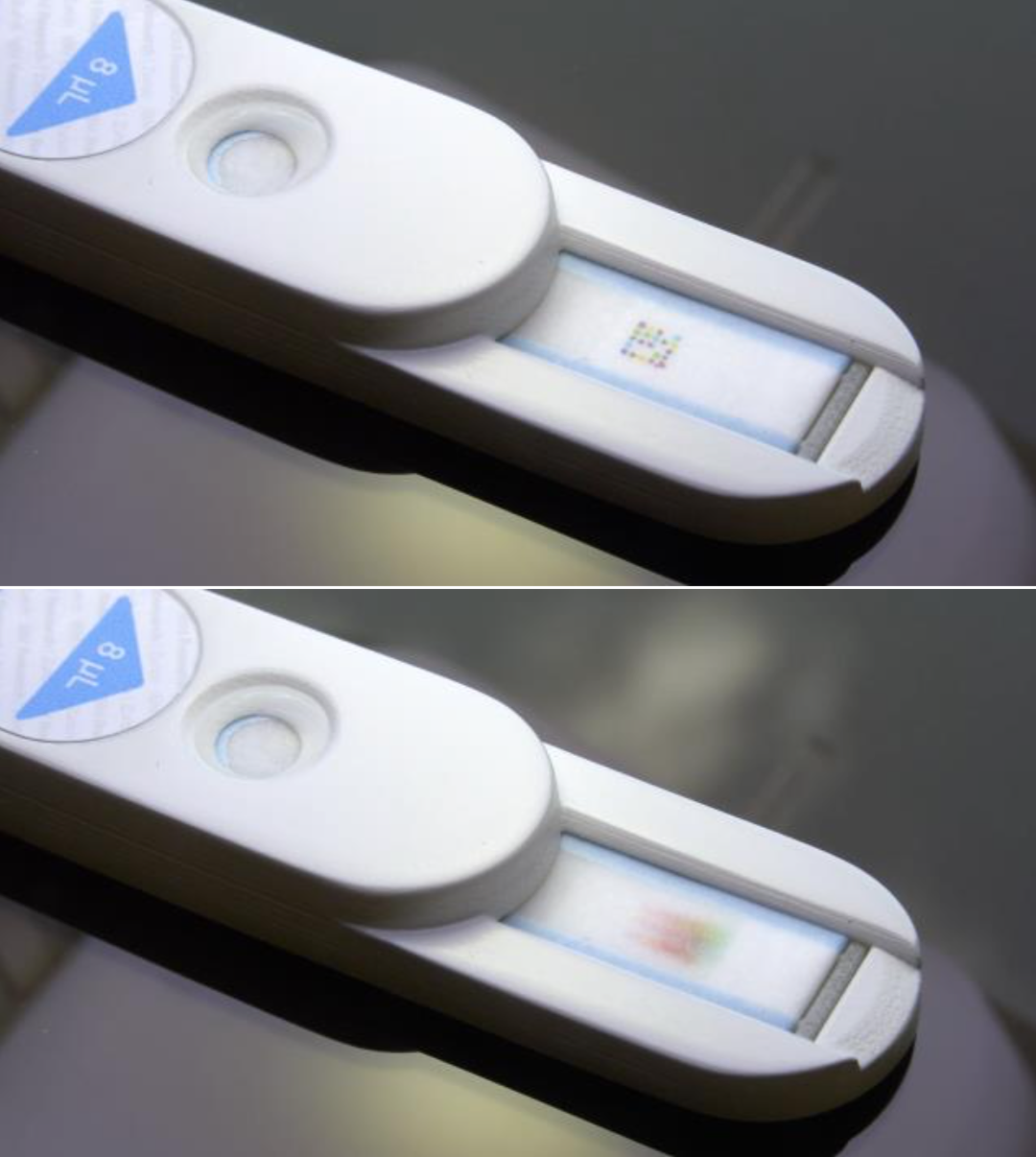 In sub-Saharan Africa, where counterfeits cause thousands of deaths each year, this technology is already being tested to track drugs being delivered to doctors, and prevent the medicine from being replaced with fakes at some point in transit.

Of course, no solution will serve as an absolute guarantor against fraud. A highly motivated con could involve manufacturing a false record that would fool inexperienced targets. But if blockchain technology can mean more transparency to make fraud more difficult and save more lives, it is worth thinking creatively about its applications in the developing world.