Warning: "continue" targeting switch is equivalent to "break". Did you mean to use "continue 2"? in /home/public/content/themes/Extra/includes/builder/functions.php on line 5918
 COP21 Takes Over Paris: Analyzing the Agreement - WhiteHat Magazine 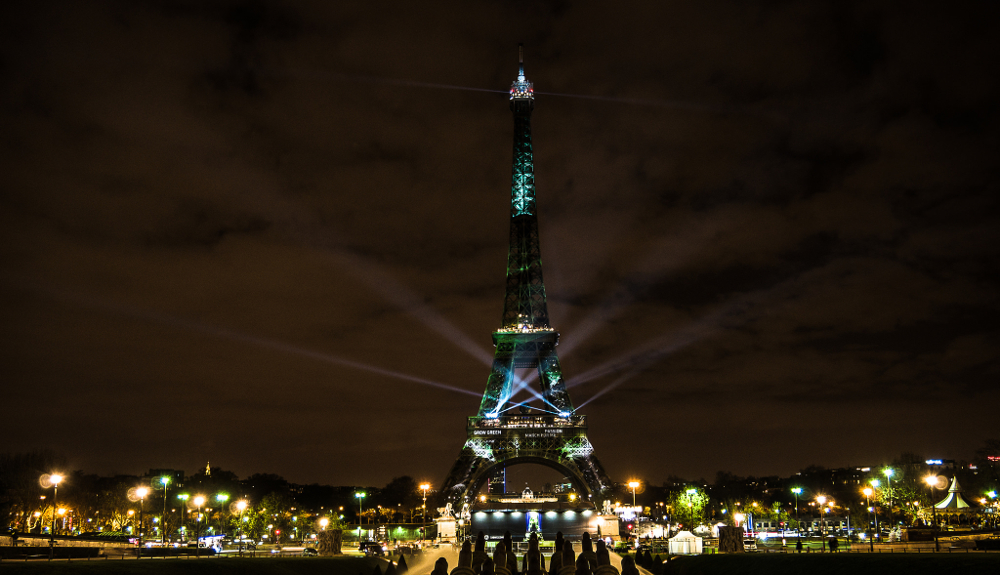 When the United Nations Framework Convention on Climate Change (UNFCCC) was agreed to, it required that signatories meet once per year to discuss issues in a Conference of Parties (COP), similar to the way the United Nations hosts its General Assembly once per year. The history of the COP meetings is a bit complex, and mostly an alphabet soup, but The New Yorker covered its evolution pretty succinctly here.

The 2015 talks, hosted in Paris, marked the 21st year of meetings, and nearly 200 countries, economic organizations, civil society representatives, and more gathered at the table. The summit has been billed as humanity’s last great hope to stop climate change, after 20 years of negotiations have failed to get countries to finally agree to a comprehensive plan to tackle and reduce emissions.

Each nation in attendance submitted a plan for “Intended Nationally Determined Contributions” (INDC)—basically, a national emissions reduction plan—based on what believes it can accomplish. Some plans are ambitious: China’s plan to incorporate 20% renewable energy in its grid will require the construction of an energy infrastructure that could power the entire United States. Meanwhile, the United States’ plan is the most ambitious the country has ever offered, and it was designed to be successful despite Congressional opposition. Some plans are mostly disappointing: South Korea, the world’s 11th largest emitter, only proposed trivial reductions with the excuse that any more would harm its manufacturing industry.

How did they get to an agreement?

Unlike the last few climate summits (Copenhagen in 2009, in particular), this summit wasn’t trying to get everyone to agree to a top-down, one-size-fits-all roadmap. We’ve seen ever since Kyoto in 1997 that doing this just isn’t practical—it leads to a watered-down agreement that was easy to blow up, and some countries (particularly the United States) won’t be able to ratify even then. So this summit took a new approach: the agreement for everyone is broad—limit climate warming to 1.5°C, and reduce carbon emissions. Each country is responsible for sticking to it’s own plan for how it will accomplish those broad goals.

Furthermore, as PBS’ Frontline points out, the bottom-up approach means a powerful negotiation tactic is suddenly available: shame. “Countries who fail to do their share will face attacks on their international reputations, while their negotiators will be forced to confront judgment at the bargaining table,” wrote article author Katie Worth. The dangers of climate change are overwhelming, but sometimes so abstract the fear is not enough to motivate collective action; on the other hand, shame is a powerful motivator that affects people on a deeply personal level.

Quartz, working with the World Economic Forum, reported on another tactic that became critically important near the end of the two weeks of negotiations: “The trick to getting through an over-complicated negotiation comes from the Zulu and Xhosa people of southern Africa. It’s called an ‘indaba’ (pronounced IN-DAR-BAH), and is used to simplify discussions between many parties.” The indaba works by moving the conversation away from negotiators repeating positions over and over, and instead has everyone personally state their “red lines”, or the thresholds that each negotiator is not willing to cross. By laying down hard limits, an area of common ground becomes more apparent.

On December 10th, COP21 negotiations very nearly fell apart, but The Guardian reported that an indaba managed to break through the stand off: “By including everyone and allowing often hostile countries to speak in earshot of observers, it achieved a remarkable breakthrough within 30 minutes. In Paris the indaba format was used by France to narrow differences between countries behind closed doors. It is said to have rapidly slimmed down a ballooning text with hundreds of potantial points of disagreements. By Wednesday with agreement still far away, French Prime Minister Laurent Fabius futher refined the indaba by splitting groups into two.”

Is this summit going to solve climate change?

No, and the hardly anyone expects it to. What the United Nations expects is that the initiatives and plans presented at COP21 will be a starting point. A pre-summit report from the UNFCCC found that the proposed INDCs, if fully implemented, will hold climate warming to 2.7°C—short of the 1.5°C goal, but better than 4 or 5°C. Furthermore, it expects that these initiatives will still allow room for improvement, allowing nations who low-balled their proposals here to overachieve on their goals. And it expects nations to review and adjust their goals every 5 years as we approach 2030, especially as new innovations come to market and the international climate finance system has been fully funded and implemented.

Environmental groups with high expectations for Paris were sorely disappointed, however, believing that it is a toothless agreement that will do nothing to effectively limit warming. “The Paris Climate Agreement is not a fair, just, or science-based deal,” Friends of the Earth said. In an interview with The Guardian, U.S. climate scientist James Hansen stated: “It’s a fraud really, a fake… It’s just bullshit for them to say: ‘We’ll have a 2C warming target and then try to do a little better every five years.’ It’s just worthless words. There is no action, just promises. As long as fossil fuels appear to be the cheapest fuels out there, they will be continue to be burned.”

The crux of this frustration is that there was nothing in the agreement about implementing a carbon tax, with the goal of making the use of fossil fuels prohibitively expensive, and ending fossil fuel subsidies; also, the change of the word “shall” to “should” in the final document of the text leaves it open for nations to wiggle out of their commitments, both financial and for proposed actions. However, as others have pointed out, if these points had been included in the final agreement, the United States (and likely a few other nations) would have walked away from the negotiating table, because the agreement would have been impossible for President Obama to bring back to a Congress full of climate skeptics.

How is this summit related to the Sustainable Development Goals?

The United Nations sees a climate agreement in Paris as part-and-parcel of the Sustainable Development Goals (SDGs). In fact, it doesn’t believe the SDGs can be considered successful unless these INDCs are fully implemented.

Here is what the UN said about the relationship between the SDGs and COP21 in an October 2015 press release: “Indeed, fulfilling these INDCs will be a defining factor in the success of the SDGs which would not survive a future of extreme climate impacts. Reflecting the need to factor existing climate change into national planning, 100 of the INDCs include measures to reduce vulnerability and build resilience.”

Who’s paying for this?

This is a good question, and one that has been plaguing international climate negotiations for years. In fact, the Copenhagen talks nearly collapsed over money, but eventually, that summit came to the agreement that richer nations would aim to raise $100 billion per year by 2020 to help poorer nations to adapt to climate change. The OECD reported that developed nations managed to “mobilize” $62 billion per year before the Paris talks.

This money is mostly being funneled through the Green Climate Fund, a UNFCCC-backed investment fund that will “provide support to developing countries to limit or reduce greenhouse gas emissions” as well as to help them to cover the costs of adapting to changing climates. It brings together both public and private investments in order to maximize scalable impact into five major areas: 1) transforming energy generation and access; 2) creating climate-compatible cities; 3) encouraging low-emission and climate-resilient agriculture; 4) scaling up finance for forests and climate change; and 5) enhancing resilience in Small Island Developing States (SIDS).

Securing funding for this fund was a major point of negotiations for the Summit, and by all accounts commitments seem to be adding up to the $100 billion goal. U.S. Secretary of State John Kerry announced on the floor of Le Bourget that the United States will double its annual contributions to aid developing nations in climate adaptation from $430 million to $861 million by 2020, in addition to the $3 billion it has already pledged to the Green Climate Fund. Congressional Republicans made a lot of noise during the negotiations about not authorizing the financial commitments, but they did not block the first payment of $500 million to the Green Climate Fund included in the budget bill passed just before Christmas 2015.

So if the emissions plans are in place, and the money is flowing…what’s the point of the COP21?

Remember that little line from Futurama where speakers at the United Nations declare they will achieve peace through speeches? That’s not necessarily an exaggeration.

Here’s how the Council on Foreign Relations describes the situation: “The experience of the Copenhagen summit and the one that followed a year later, in Cancun, is instructive. The two resulted in substantively similar outcomes. But Copenhagen was painted as a disaster and Cancun portrayed as a breakthrough. After Copenhagen, the climate world despaired; after Cancun, there was new energy.”

A lot of stakeholders were brought together in Paris to stage what is essentially a massive, two-week theatre production. That’s not to say there’s not important work going on, or leaders exchanging ideas; it’s just that much of the most important parts of that has already happened, either over the past two decades or behind closed doors.

The United Nations realized after the Millennium Development Goals that it can be very effective if it leads through ideas. It comes together to put down a goal line, and calls on the world to find a way to make it there. The UN’s role is in raising awareness, highlighting case studies and best practices, and building motivation, not necessarily in stepping in to solve problems. (It has historically been rather ineffective when it tries to solve problems itself.)

For example, every COP21 attendee received an email from the United Nations before November 30th calling on people to invest in carbon offsets for their travel to Paris; they aren’t requiring that anyone take advantage of this system, and in fact, it may possibly be more effective to go through another carbon offset vendor than the UN’s. But by calling on people to offset their travel, it served the purpose of raising awareness of these sorts of programs and making people conscious of the impact of their actions.

If the Paris negotiations are branded a success, it will motivate people to do something. There will be momentum behind this movement—citizens will put pressure on their governments, policy-makers will find the idea of action in this direction more palatable and easier to sell to their people, and businesses will want to get in on a perceived opportunity after a record-number of business leaders were involved in the Paris negotiations.

Paris is just one step forward, but the UN is hoping it will be a launch pad. Climate change won’t be solved, but there’s hope on the horizon. 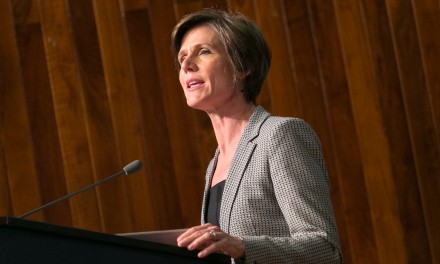 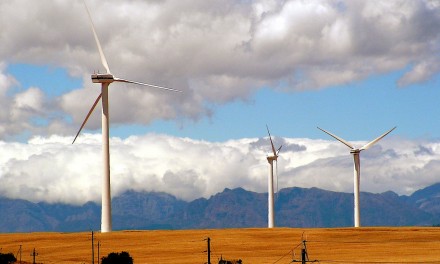 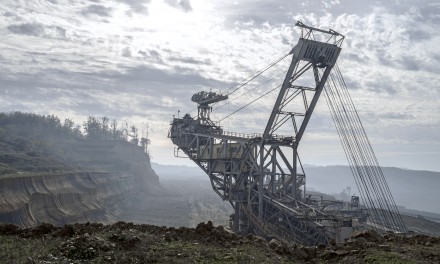 The Triple Threats of Deforestation 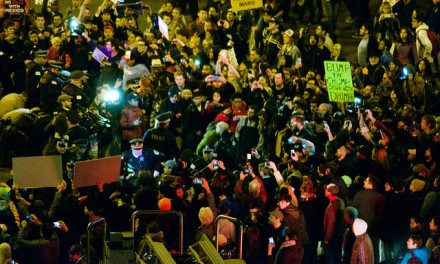